A celebration of Southern Sandstone - An Interview with Daimon Beail 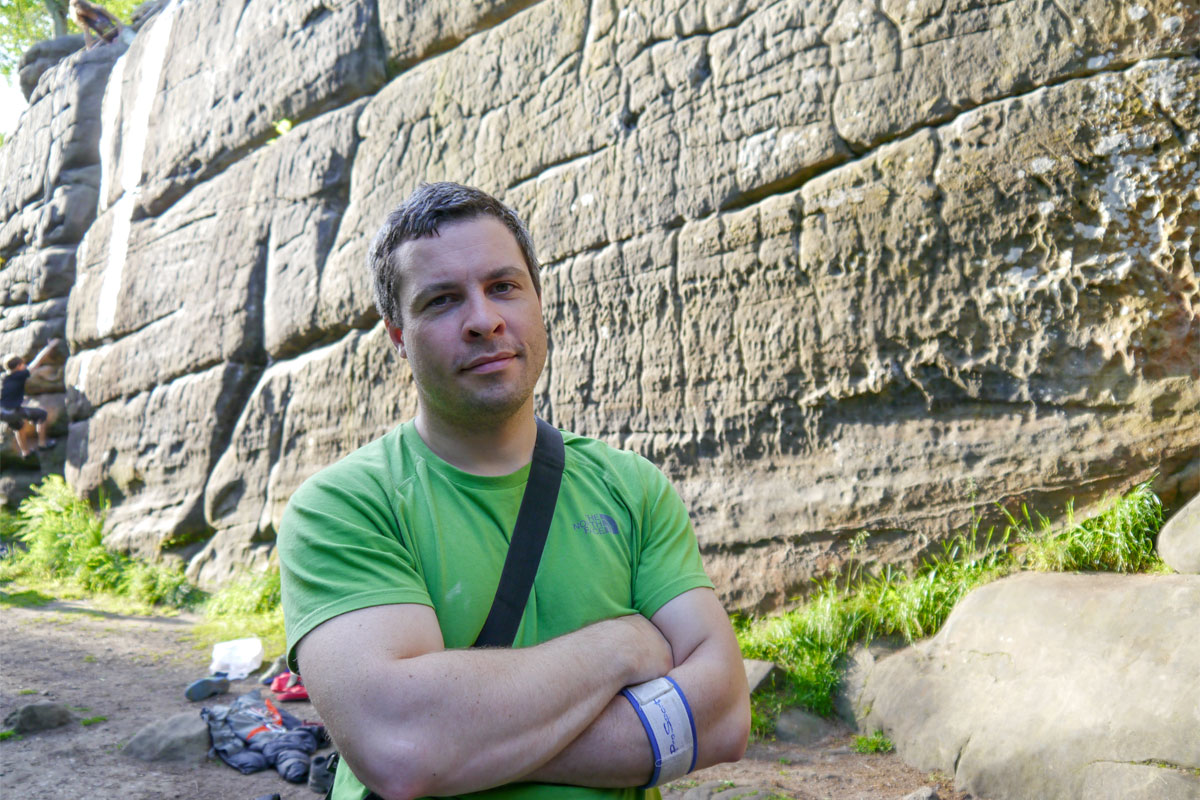 2020 was the hardest year sandstone has had pretty much in living memory. Nearly every crag took a battering, holds were broken off, the ground underneath worn clean away in parts. A huge number of climbers took advantage of the glorious weather to climb outside and they were joined by indoor climbers, looking for an outlet with the gyms shut due to Covid-19.

‍
The result was the perfect storm – a huge volume of climbers, many inexperienced, combined with the most fragile rock in the country. Climbing soon became banned at certain crags due to damage, others then suffered more as they had to take the majority of the traffic. Behind the scenes, there was plenty of frantic action. Plans were drawn up, lengthy discussions had. The BMC reps and volunteers who manage the local Southern Sandstone crags all have the best interests of climbers at heart – they wanted to keep climbers climbing, but how, when so much irreversible damage was being done?
‍

Daimon Beail knows the local rocks inside and out. As the author of Rockfax Southern Sandstone Climbs, one of the foremost guidebooks for the area, he is a well-known local presence. You’ll see him on top of the rocks more often than he is climbing them these days, as he volunteers his time checking and replacing bolts, clearing paths and the tops of crags, and repairing damaged rock. There is an awful lot that goes on behind the scenes to make sure the rock remains accessible – and that time is all committed on a voluntary basis.
‍

‍
“I’ve been down in this area on and off since the 90’s” Beail says. “But I became more actively involved with SS Climbs and the Harrison’s Rocks Management Group in around 2013. And since then there have been a lot of changes, but nothing like last year. The traffic was understandable, but the rock just couldn’t take it.”
‍

While some were quick to blame the influx of so-called ‘gym climbers’, Beail was far more circumspect in his assessment of the unique set of circumstances that led to so much damage.
‍

“Plenty of them just didn’t understand, but once the Code of Practice was explained, they were perfectly happy to do things the right way,” he said. “You have to acknowledge that this rock is so incredibly different to any other in the country. That being said, there is a case for why people aren’t arming themselves with more intelligence and doing their due diligence before heading to a new crag.”

‍
Volunteering his time to sit on many groups, to tend to the rock and to attempt where possible to limit the damage, last year became in his words, “frustrating.” When crags were scratched off the already limited list of climbing locations in the Southeast, there was mounting irritation among some climbers who simply wanted to climb. But voicing that annoyance towards those who give their time for free, and who essentially create the resources to ensure that the rock can be maintained to a climbable standard, was misplaced at best.
‍

‍
“Most people understood what was going on and why climbing was becoming banned,” he continued. “Especially the smaller crags, which can only take one small group on a good day when all the rock is in condition. And those smaller crags are often on private land, with access being granted at the goodwill of the landowner. They didn’t necessarily sign up for hundreds of people flocking there, nor the parking issues that that created.”
‍

While a flurry of activity was going on behind the scenes, Beail believes there are very simple solutions moving forward in how best to preserve the rock – namely, follow the guidelines. He has a clear love and appreciation for the local crags, staunchly defending them when it is tentatively proposed that they are often the poor relation of the more adventurous, overhanging rock found up north.
‍

“Everyone says it, but it really does make you a better climber. You have to be delicate, both with your footwork and hand placements. Some of the eyelets are so small and thin now, heavy-handedness will see a hold exploding right in front of your eyes. But if you climb with a delicate touch and follow the rules, you really won’t damage the rock.”

‍
“And then you can go to other crags, up to the Peaks and excel. There are plenty of climbers from the South-East who can climb just as hard as those based up north. They just don’t shout about it.”

When pushed as to what the level of damage means longer term, Beail clearly doesn’t want to sound overly negative, but has to be realistic about just what 2020 really did. Bouldering seems to be the main culprit, a combination of ground erosion and hitting the same holds again and again, all whilst pulling hard in indoor fashion was just too much for the rock to take.
‍

The days of concreting holds aren’t gone, but it certainly isn’t best practice. Resin is the better option, but that isn’t without its own drawbacks. Essentially, holds that have lost that thin outer crust need to be left alone, until the committees who are the only people who can undertake this delicate repair work can decide what best to do. Easier said than done though for many a climber who finds those tell-tale worn away patches in the middle of their project.
‍

“We get accused of whinging,” says Beail. “But we essentially want the same things as the climbers. We want to climb. The locations here are stunning, the rock is incredible. There are so many quality routes on sandstone. And the style in which you have to climb is full of technique, once you’ve mastered it, it’s so enjoyable. We give our time because we want to, because we love climbing sandstone.”

‍
Toad Rocks gets a particular mention, as does Bowles. Chatting to Beail, it is clear he is an absolute wealth of information, and the passion for sandstone runs deep. An inquisitive thinker, he included different grading systems in his guidebook – something which at the time caused quite a stir. But listening to him, you can see it was a decision that wasn’t reached lightly.

‍
Essentially, he wants people to have a good time on the rock. Writing a guidebook is an incredibly labour-intensive process, with much more going into it than just a few one liners and some photographs. Every route has to be checked, assessed, graded. Awarding stars to climbs comes with the inherent issue that they’ll see more traffic, and therefore need to be both worthy of the accolade and able to withstand more footfall.

While the book details everything you’d need to know to climb here – setting up correctly, technique, the Code of Practice, access issues and so on, for Beail the labour of love was more than that. He wants everyone who comes here, or indeed climbs anywhere, to fully appreciate their surroundings. By trying to educate climbers, he is doing more than just protecting the rock – he’s trying to get everyone to embrace the culture of what it means to be a climber.
‍

‍
“Last year was a war zone, but this year already feels better. The word seems to be getting out there, and lots of people are doing the right things. Being so immersed in it does have its drawbacks. Last year was tough.”
‍

‍
Tough, but worth it. If there is one takeaway from chatting to Beail, it is this – that an awful lot is going on behind the scenes on a daily basis and the vast majority of it is voluntary. So before climbers are quick to judge when crags are added to the banned list, or get frustrated when their project is out of bounds, it is worth pausing and remembering that none of these decisions were ever taken lightly. The reps and volunteers are still there, still fighting to find ways to reopen crags, to repair the damage done.
‍

“If you can’t give your time, at least get a BMC membership,” Beail says wryly as we conclude our chat. “That money goes back into the system. It isn’t perfect, but it’s something. And follow the Code. It was written for a reason, it’s assessed and updated as and when new ideas come into play. Just try and do your bit for the rock. And enjoy it. It really is brilliant climbing.” 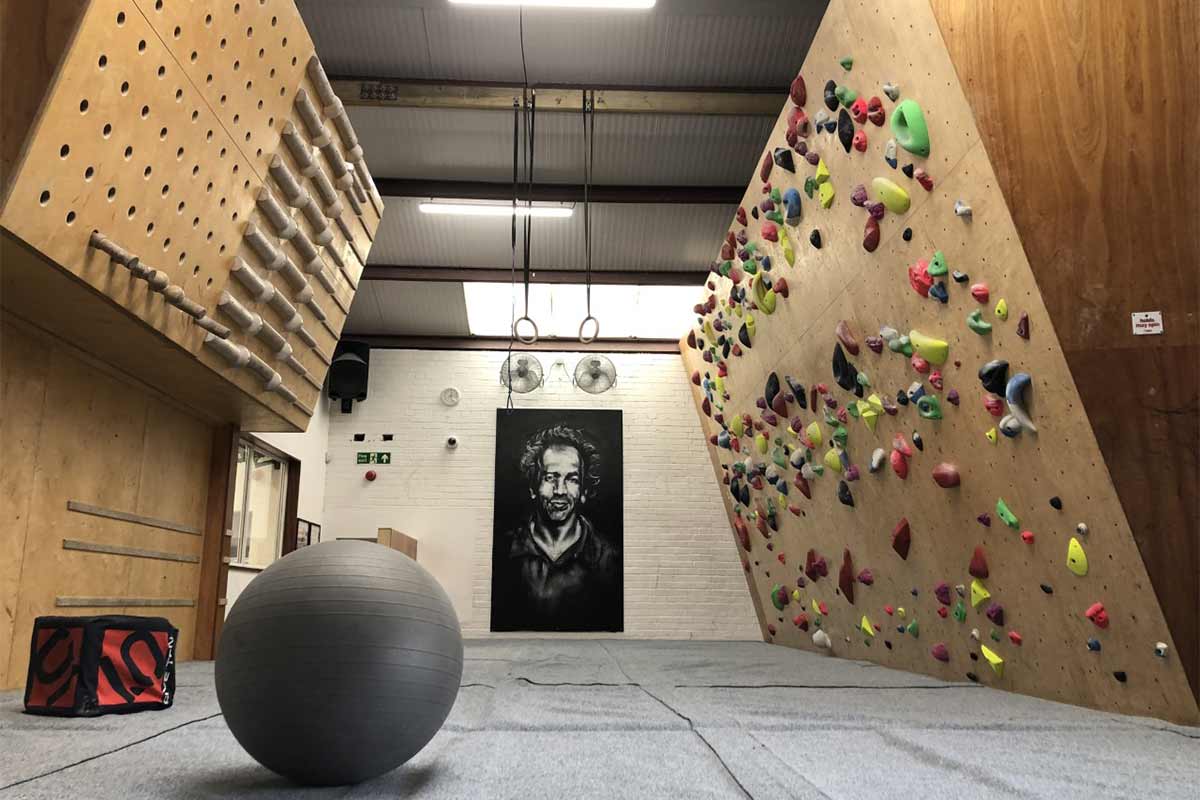