Give the rock a chance - An interview with Ray Tipton 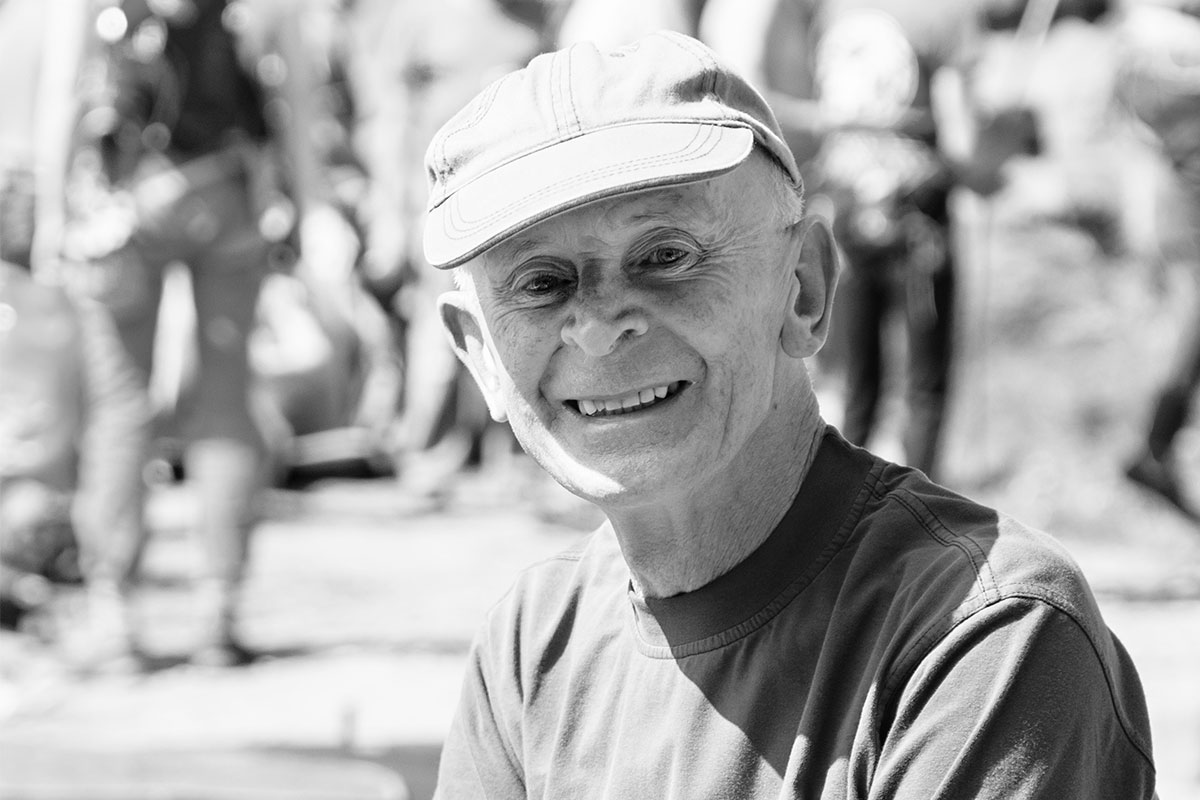 Ray ‘Tip’ Tipton is an often-seen figure at Chimera

Climbing and training hard and always with a smile on his face.

Having climbed locally since the sixties, Tip has seen plenty of generations of climbers come and go, but has remained loyal to the sport throughout. From the days of climbing in boots and woollens, through to the modern world of bouldering gyms and training programmes, Tip has seen the sport change immeasurably. Yet he believes the fundamentals are the same…

“It’s about the people – good people, like-minded, easy to talk to,” says Tip in his calm, quietly spoken way. Friends got him into the sport aged nineteen, when you tied on with the rope around your waist down at Harrison’s Rocks. It was long before the age of belts with an in-built rope loop, let alone harnesses with gear and leg loops but while the safety element has improved over the decades, there is still something to be said about the old ways.

“Three goes and you’re out, that was the rule,” continues Tip. “You give the rock a chance, you don’t beat it to death. Now it’s easier to fall off and get back on the same point, try again and again. We had to lower straight off and start from scratch. We let the rock win.”

Tip learned his trade on the sandstone, with Harrison’s a firm favourite. The distinctive nature of the sandstone is renowned for improving climbing skills and abilities, especially footwork. Tip confirms what everyone believes, that it makes you a better climber as you have to “work harder” – and makes you amazed at what you can stand on when you head up to the grit. Elementary and Far Left are two routes that stand out for him, but there are many more.

“A few I’ve left unclimbed, a bit too hard but I’ve tried most things,” says Tip. “I remember the rush to put new routes up whenever there was a guidebook coming out. It was good fun trying some new things, but the favourites get returned to, and always teach you something new.”

A fireman in his youth, any time off was dedicated to finding new crags to explore. Like all serious climbers, Tip has taken his trade around the British Isles – and further afield, to Spain and France. Llanberis was the first ‘foreign’ stop on a lifetime of climbing adventures. “Terrifying,” is the first word that sprang to mind, with a rueful grin. “My first taste of anything other than sandstone, and it was not for the faint-hearted. My first route was only a VS, but it was a big change in all ways.”

Tip comes across as a careful, considered man, and you sense that translates into his climbing – but even he wasn’t immune to odd dicey moment in the early days. “Oh yes, I took a fall on the slate once. Questionable gear placement I think. Two pieces ripped out, and off I went to the local hospital with some nasty cuts on my arms. You know how it is.”

Indeed, most climbers do know and it is so easy to get carried away when the love for the sport overrides natural caution and common sense – or ability and knowledge. But not so for Tip, who clearly climbs for enjoyment first, for the love of being outside, surrounded by good friends and good rock. “There’s a few Johnny Dawes’ routes on the slate – E3 and up probably, that you’d be on for a big ground fall. I was rather frightened off those. Too many other classic lines to try instead,” he says with a shake of the head.

One of those classic lines is ‘Dream of White Horses’ at Gogarth, a four pitch route above the foaming Irish sea. Exposed, daunting but exhilarating in good measure, the memory brings a big smile to Tip’s face. “Oh yes, that was a good day. Beautiful line.” Another favourite is ‘The Devil’s Slide’ in Lundy, Devon. “Not the hardest, but good, honest climbing. Requires a firm head.”

One thing that was noticeable from his trips – the fact you could always recognise a fellow British climber, no matter where in the world. “You’d be surrounded by Frenchman, dressed up with all the latest gear, polished boots, creases ironed into their breeches. Then a walking scarecrow would amble up, scruffy as you like and you’d know there was a Brit approaching.”

Tip invariably always returned to his roots, and the familiar rocks down at Harrison’s. Sundays were spent surrounded by friends and families, children scrambling around, grown-ups laughing and drinking. But before you get the idea that climbing used to be like something out of a Enid Blyton novel, Tip was swift to remember a few early dirt bags who set the scene for what was to follow.

“Al Alvarez and his lot – you’d hear them coming up through the woods. All swear words, no minding the women and children. But they did it with such grace, such character that no one really minded."

“The thing is, everyone was friendly. That’s what sets climbers apart. They have their stories of course, but they pause and listen to yours. They want to know where you’ve been, what you’ve climbed.”

When Tip references “they” he is talking about some of the biggest names from the sport – the likes of Sir Chris Bonnington, Ian Clough, Pete Livesey and Hamish MacInnes to name a few. The latter taught Tip about winter climbing in Glen Coe. But when asked about the appeal, Tip was clear. “Too cold. Too much faff with the ropes in the snow, your hands get too cold to climb. Walking to the top was good but climbing in snow? No, not for me. Too many better ways to climb.”

So how does this stalwart of the British climbing and Southern Sandstone scene feel about the modern rise of bouldering, and climbing indoors week in week out?

“Oh, at first I saw no point in it,” he admits with honestly. “No exposure, no chance to get into a rhythm. Not proper climbing.” A trip to Font persuaded the seasoned climber that bouldering could be good fun, but it is clear his heart lies with ropes. “The Peaks is better,” he added with a cheeky look, a brave thing to say in a bouldering gym.

“I can see how indoors, it has its place now. Accessible, and convenient. The wall here is good, a good crowd.” Always at the heart of Tip’s climbing are people, the friendly smiles, the chance for a chat, to climb together and share beta alternated with quips and stories.

“Oh but the Olympics, no, not for me,” he adds when asked about Tokyo 2020. “Bouldering doesn’t make a good spectator sport, unless you watch someone for their beta. Now, a good roadside crag, a chance to sit and have a cup of tea and watch someone climb for a good long while, and see if the rock comes back at them or they dance up it, that is worth the watch.”

Watching was something that invariably happened when the night before had been particularly merry, climbing hard and heading to the pub afterwards being a time-honoured tradition in climbing, then as it is now. “Oh, you didn’t always want to get up to belay,” Tip said with a shake of the head. “Oh no. But sometimes you were forced, and it became a bigger struggle to stay upright than your friend was having on the climb. But it’s all part of the fun”

And that is just what climbing should be – fun. Whether you seek enjoyment from pushing yourself, competing or just having a day out with mates.

Climbing has been the mainstay of Tip’s life, from the early days of Harrison’s, through many an adventure abroad. But what climbing means to Tip is more than just moves and holds – it is about sharing an enthusiasm with good friends, and making new ones. People are what has held him to the sport for so long, and his friends are what keeps him climbing. Climbing should always be about enjoyment first, which is a good reminder in an age when we can all be guilty of taking it too seriously. 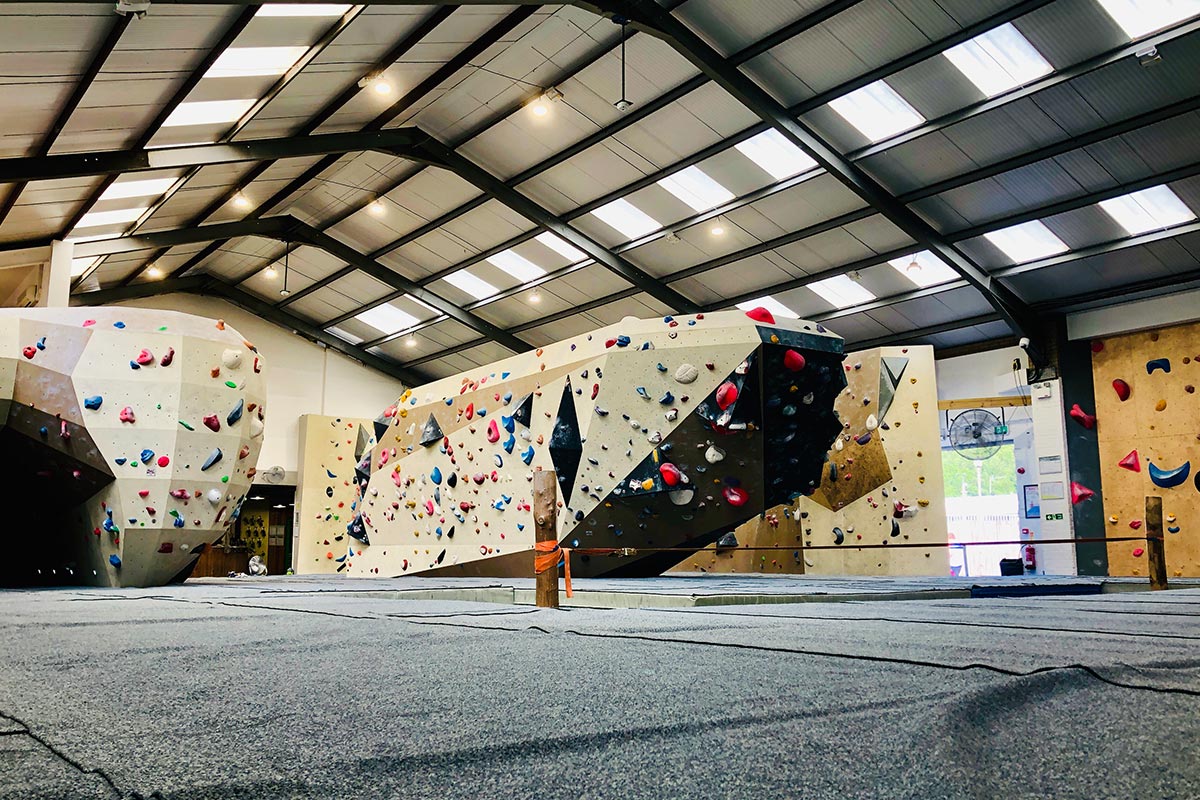