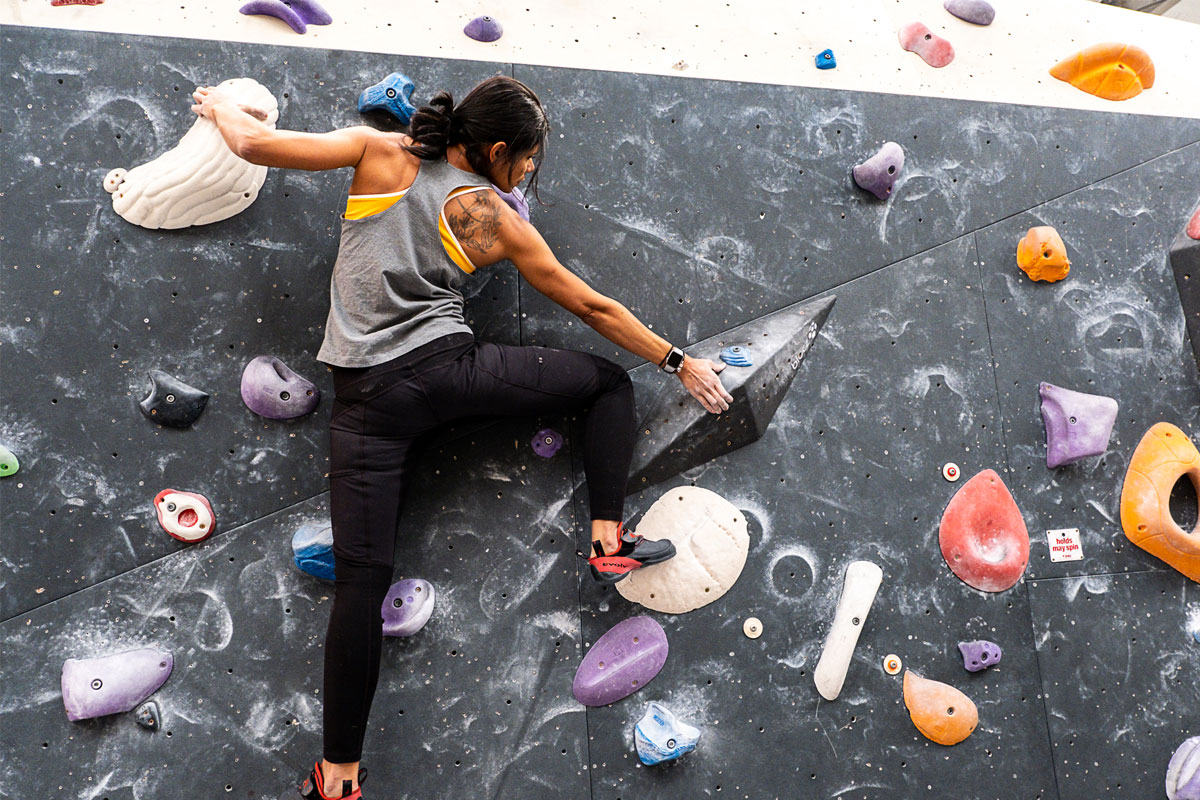 Balance and co-ordination play an important part in climbing. When you say balance, most people think of slab work, but it can be just as useful for preparing for dynos, while co-ordination is important for all aspects of climbing.
‍

The best part is, both can be worked on at home, right now, with minimal equipment in between days at the wall. So with for those of you with no slack line to play on, how can you work on your balance at home? Personal Trainer Marisa Gifford from MI Balanced Body has some ideas.
‍

“Start by balancing on one leg with your eyes shut. Remember to engage your core before you start - tighten your abdominals without holding your breath. When you’ve mastered one-legged balances with an engaged core, start trying pistol squats. Use a chair and on one leg, sit down and stand up.”

‍
And the progression when these are mastered?

“If you have stairs, swap out the chair for the lowest stair to progress the pistol squat. As for the other one-legged balances, start trying the virtual clock - on one leg, use the other to touch on the floor where all the numbers would be. Remember to bend the standing leg, and engage that core. If this is too easy, put the standing leg onto an unstable surface, like a bosu ball if you have one, or a pillow if you don’t."

“The single leg dead lift is another good balance exercise that works the whole body. On one leg, hinge at the hips and reach down to touch the floor. Use the other leg to counterbalance behind you. You can add a weight to this if you have one, or use a bottle of water if you don’t.”

‍
As for co-ordination drills, often these are as much about gaining in confidence as skill, like so many aspects of climbing. You need to work on your gross motor skills, and also hand-eye skills.
‍

A good starting point according to Marisa is a ladder run. If you don’t have a specific exercise ladder, you can use tape to create one. Start by trying to quicken up those feet by running in between the ‘rungs’ using both feet. Then progress to one foot in between each rung, then jumping in between them and to the sides. There’s no end to variations you can do with these in the early stages of your training.

Time for some progression talk. Most of us think we can probably master ladder drills pretty quickly, but how can we improve to be able to execute those tricky co-ordination dynos at the wall?
‍

“Try jumping between specific rungs that are further apart like from the first to the fifth, on one leg and stop dead each time for a count of five. This works your co-ordination to be able to hit the right rung, and engages your core and works your balance to stop so suddenly.”
‍

Gross motor skills well and truly worked, what about hand-eye co-ordination? After all, as well as driving up through the legs in a specific direction, if you miss the hold with your hand, you won’t be very successful.
‍

“Got a tennis ball? Good. Throw it against a wall and try to jump across and land on one leg as you catch it. Or try and hop three times between throwing it and catching it. Again, there are so many variations on this, but as long as you are forcing your mental agility to work alongside your limbs, then you’ll be making progress.”
‍

A ball, some tape and a pillow. Not a game of Cluedo, but all the tools you need to work on your balance and co-ordination, so you can start to see some big gains in your climbing. 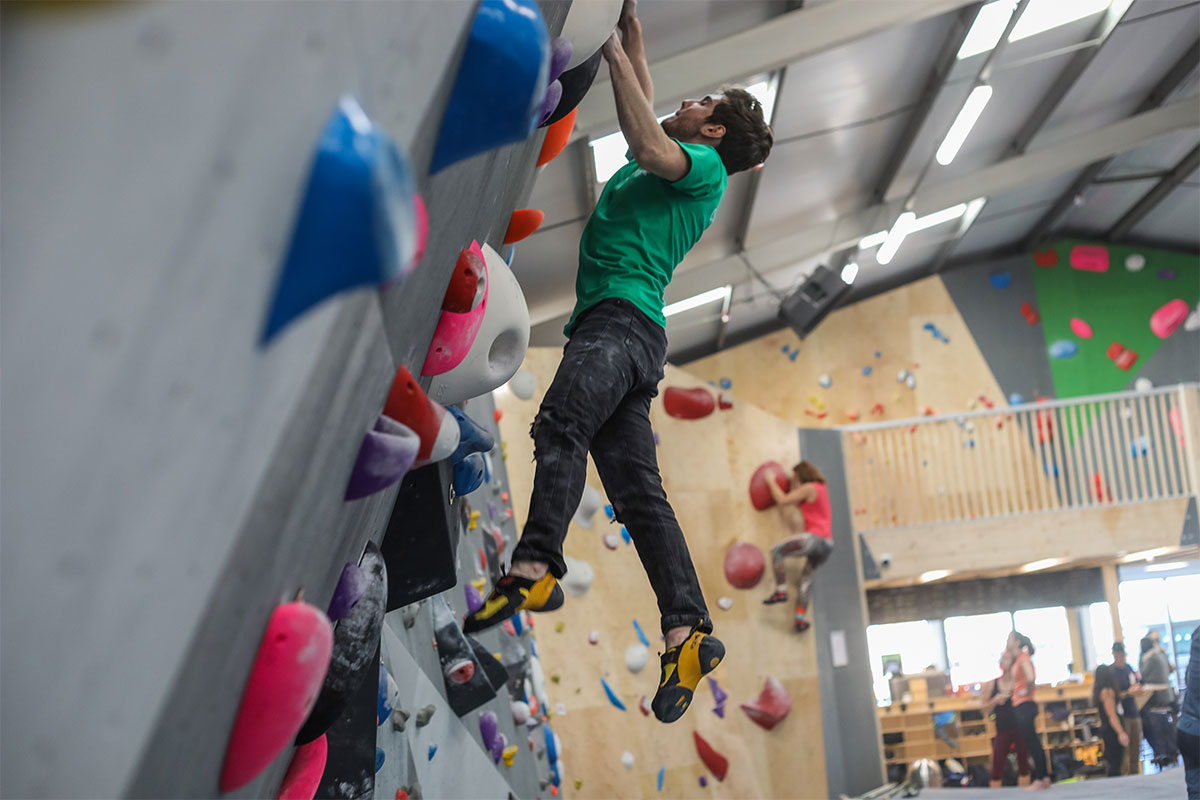 How to improve dynamic movement 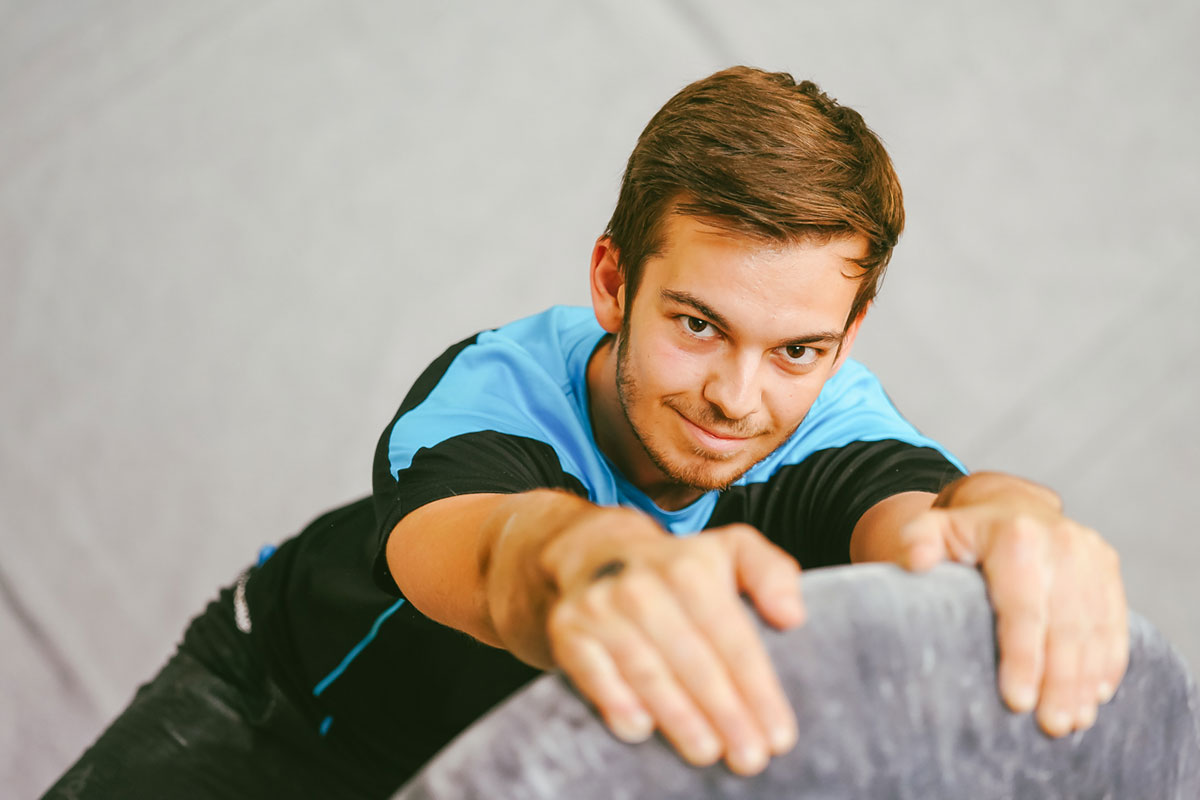 What to expect when you come and climb