A guide to Sicily and Mallorca – Catching up with Daimon Beail 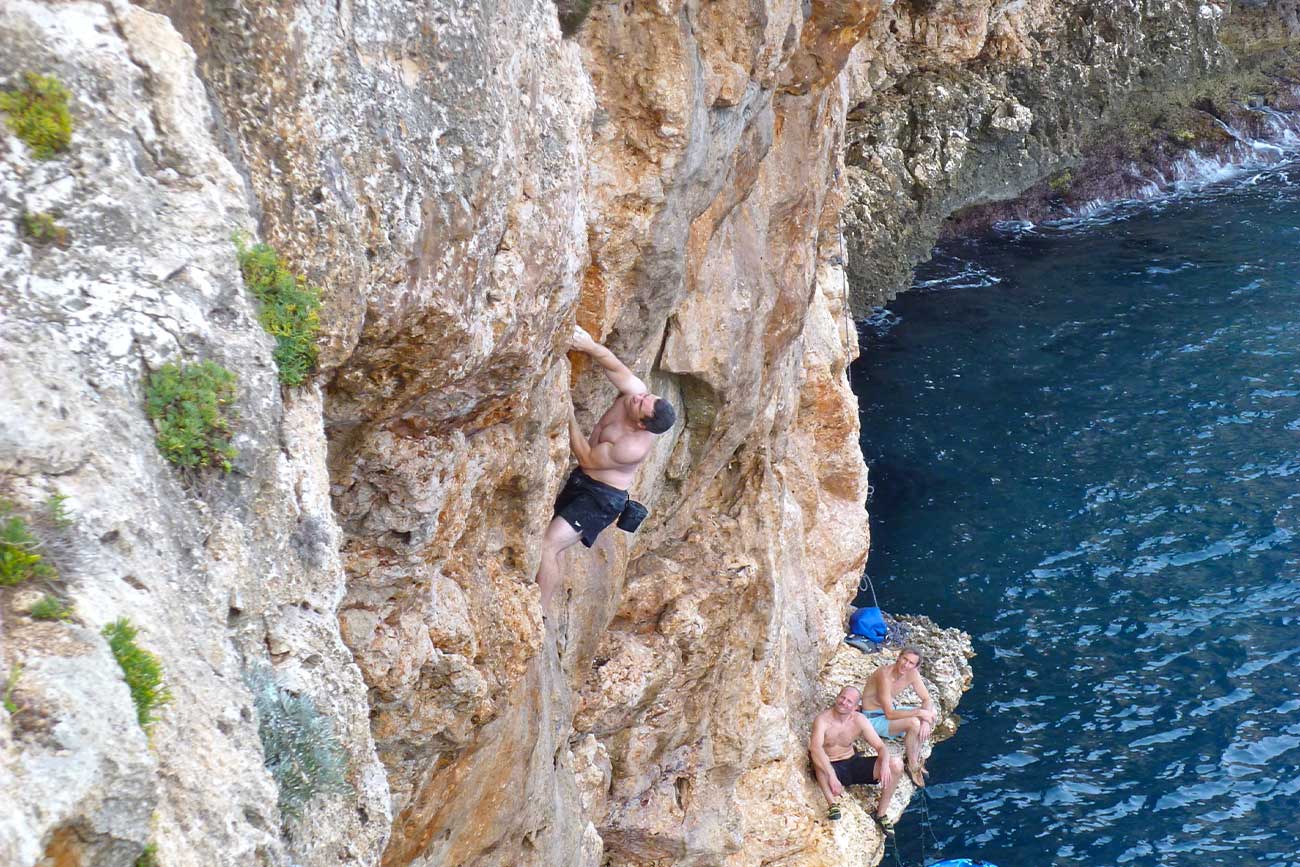 A while ago we chatted to Daimon Beail about his work on many of the Southern Sandstone committees, and the problems the local crags face at the moment. But Beail is also known for his work in both Mallorca and Sicily, compiling guidebooks for both locations. This kind of work sounds glamorous, getting to climb the best of the routes, enjoying some sunshine and local culture – but in fact, getting a guidebook to print is a labour of love and one that has not been made any easier by two years of Covid hovering in the background.

Mallorca came first for Beail – he was out there before the Instagram masses caught on to the DWS possibilities. In the early noughties the island was seeing traffic from sport climbers, especially in the winter months. But they had only just caught on to the Deep Water Solo bug and will no real guide there was definitely room for development.

But with no google earth, limited mobile phone coverage and certainly no internet in your pocket, finding and scoping out new crags was nowhere near as simple as it has become now with technological advances.

“Deep Water Soloing is such an interesting form of climbing, and opens up so many more possibilities,” says Beail. “You have the climbing factor, the fall factor, safety. It’s not something you should just turn up and do, it has to be respected and taken seriously. But at the same time, it opens up so much rock that otherwise might be inaccessible.

“And then there is the adventure factor. Renting a boat, sailing in, seeing the rock from a new angle. Trying your heart out, hitting the water after running out of steam in the ultimate come down moment.”

Deep Water Solo isn’t without its downsides though. An early exponent of the discipline, Damian Cook died when he was swept away by strong currents soloing at Porto Cristo in Mallorca. Knowing the local area, the tide patterns, escape routes and having the correct support around you is crucial and something Beail was keen to make clear when writing the guide book.

“Like everything, enjoy it, but take it seriously,” Beail says. Does he feel a great weight of responsibility for opening up new areas and by association, encouraging climbers to partake?

“No. The guidebook is just that, a guide. It includes all the information that you’d need to stay safe, but climbing is inherently dangerous and risky and you assess it on your own merits. Some people take bigger risks than others, as in life.”

The labour of love comes in many forms. Firstly, the trips to Mallorca were taken in Beail’s own time, and became the de facto family/friends holidays for many years. While some partners might balk at the idea of a holiday that involved multiple days scrabbling through the undergrowth looking for new crags, Beail was lucky with the support he has always had from his partner Emma.

“Each crag takes time – the approach has to be assessed; access rights explored before you even get to the climbing. Obviously with limited time you cannot climb every single route, so you try and get a feel for as many as you can to assess whether the local grading is fair. For the most part the locals are helpful, either keen to boost tourism or just generally stoked to find like-minded people who want to climb.”

Those are the good trips. Some so-called holidays involve more photography than climbing, and plenty of late nights with the laptop, trying to make notes while it is all fresh. “It’s not exactly like you can pop back if you forget something,” Beail says. “Once you’re gone, you’re gone. You’ve got to make the most of every second there.”

With Mallorca finally done and dusted, Sicily was next in Beail’s sights. Another dreamy location, with stunning beaches, good weather and even better food. But not – yet – a hugely popular climbing destination.

Beail started visiting in 2012, and was actually caught there in March 2020 at the start of the Covid-19 pandemic. With limited mobile signal and internet access, news of how serious the situation was becoming reached Beail and his partner piecemeal,

and they soon realised they’d have to make a dash for the airport or risk being stuck long-term.

Sicily has a lengthy history with climbers, with the mountains above Palermo the obvious first target back in the 1940’s. But even a brief boom in sport climbing in the 1990’s failed to make the island a must-visit when compared to the likes of Kalymnos or El Chorro.

That is despite Sicily having on paper, everything a climber could want. Stunning rock, a good range of grades, friendly locals and spectacular locations all combined to make Beail certainly believe that the island deserved more attention than it had had up until now.

“I had to wait to a certain extent – simply because a guidebook in 2012 would have been obsolete quite quickly,” explains Beail. “The crags were still being developed by locals, and every time I came back there were new routes to be assessed and added into the guide. But now, while there will still be development, the pace has slowed and there is more than enough for people to run at.

“Climbing is so much more than just the rock. Sicily is full of friendly locals, who were so welcoming. They want more climbers, and the tourism that brings. But it’s more than that, they want people to love and appreciate their land. It’s so incredibly beautiful there, and that’s why they are overjoyed when tourists or climbers come and share the love they have for their surroundings.”

Writing guidebooks is certainly not for the fainthearted. While on paper multiple holidays to a destination beset by sun for much of the year sounds idyllic, the reality is equal parts pleasure and hard work. But with that comes a sense of satisfaction, of a job well done and a new area that can then be enjoyed by a larger range of climbers.

And that is reward in itself for close to a decade of graft. Would he recommend Sicily, or has the allure worn off after so long staring at the same pieces of rock?

“I’d recommend it in a heartbeat. It’s beautiful. Every climber should go there at least once. Not that you’ll only go once. It’s addictive.”

And so it seems is guidebook writing. But for now, Beail is set to have a well-deserved break after close to a decade of working non-stop. Or he says he is. But now that travel is allowed again, you just get a feeling he’ll find a new area in need of development, that he’ll find himself drawn to… Watch this space. 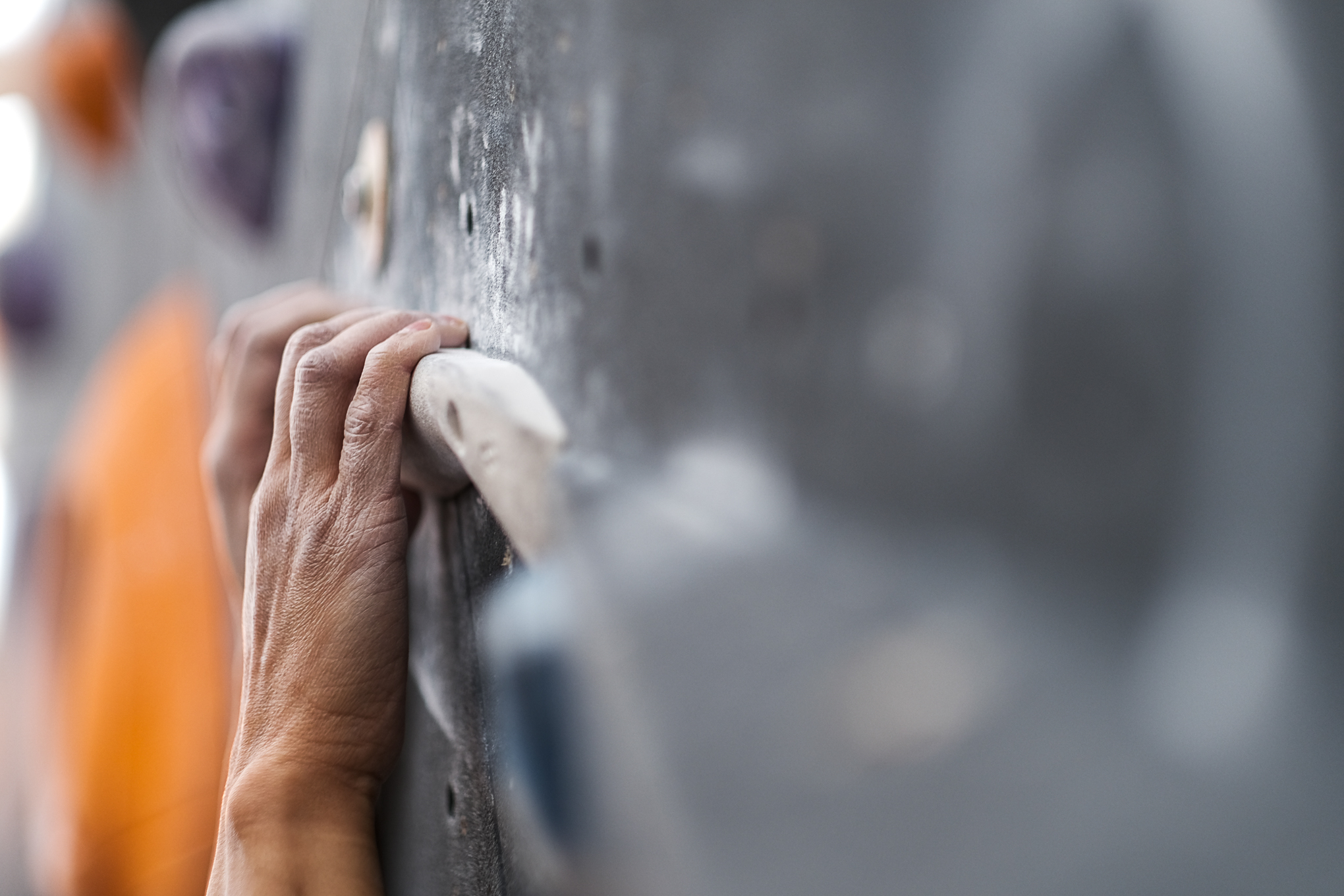 The worst mistakes we’ve made 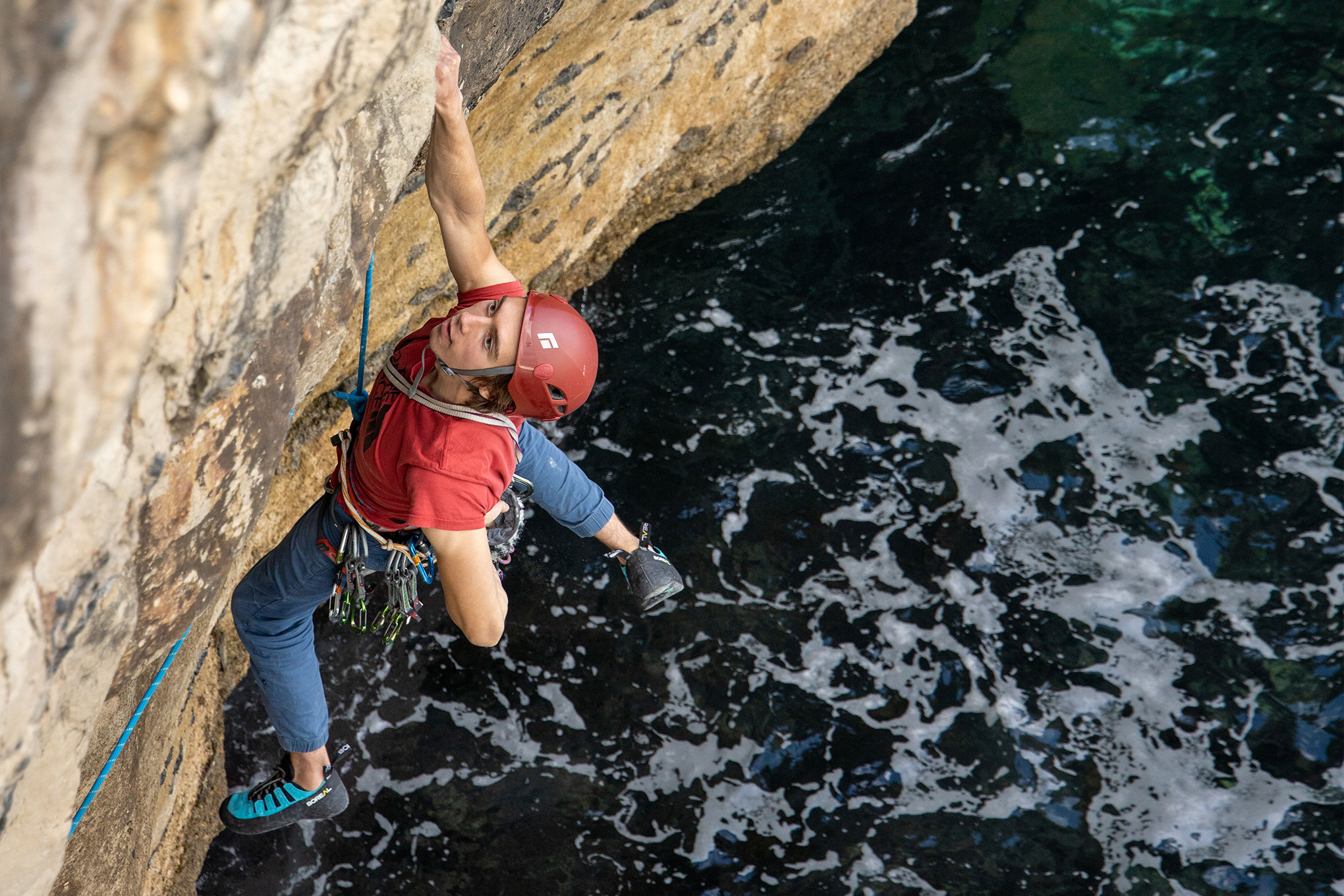